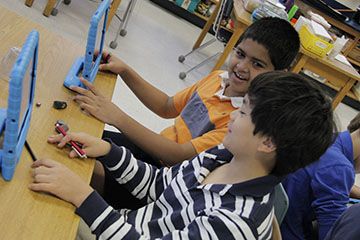 Collegiate School, a day school for boys, is the oldest independent school in the United States. Tracing its origins to 1628, the school was established by the Dutch West India Company and the Classis of Amsterdam, the parent ecclesiastical body of the Dutch Reformed Church for the colonists of New Amsterdam. Only once in more than three centuries were the school's doors closed. When the British occupied the city during the American Revolution, most of the Dutch, including the schoolmaster and the students, had to leave the city.

Beginning with Adam Roelantsen, twenty-eight headmasters have guided Collegiate "so that first of all in so wild a country, the youth be well taught and brought up." As New York City expanded to the north, the school moved from its original quarters on the southern tip of Manhattan Island to a number of different locations. In 1892 it settled at its present site next to the West End Collegiate Church, where Collegiate took on its modern form as an all boys' school and continued to develop its college preparatory program.

Incorporated in 1940 as a non-profit organization under the Education Act of the State of New York, Collegiate School is governed by a twenty-five member, self-perpetuating Board of Trustees composed of alumni, parents, friends of the school, and representatives of the Consistory of the Reformed Protestant Dutch Church of the City of New York. While Collegiate is no longer a church-directed institution, the school maintains its historic association with the Collegiate Churches and shares some facilities with the West End Collegiate Church. A non-denominational school, Collegiate attracts a diverse group of boys, families, and faculty that has characterized the school for many years. Collegiate takes a leadership position in many aspects of teaching and learning and looks to the future with a stable enrollment, strong faculty, significant financial resources, and expanded facilities.